The boys wing of NCC unit of St. Edmund’s College is under 42 Meghalaya Signal Company NCC, which is situated within the college campus. Land for constructing this unit has been leased by the college to the government. The unit has a full time Commanding Officer with 5 Physical Instructors, 4 office and 4 allied staff and two Associate NCC Officer. The present allotted strength of college unit is 100. In the year 2013 the girls wing of NCC was also started under 61 Megh Girls NCC Bn. The NCC cadets besides receiving NCC training at the unit serve as an organized work force in all college activities.

The allotted/authorized strength of the NCC boys cadets in the college is 100. Motivational drives are regularly arranged in the beginning of the sessions to encourage and enroll students in NCC. The NCC training earlier was of three year but from 2006 onwards it was made to two years while presently it is reverted back to three years in 2014. There has been a steady increase in the number of students coming forward to enroll in NCC. The regular supply of funds from the center has certainly helped in planning NCC activities. It has been observed that the enrollment in the recent years has also gone up. The enrollment scenario in the last five years is given below: 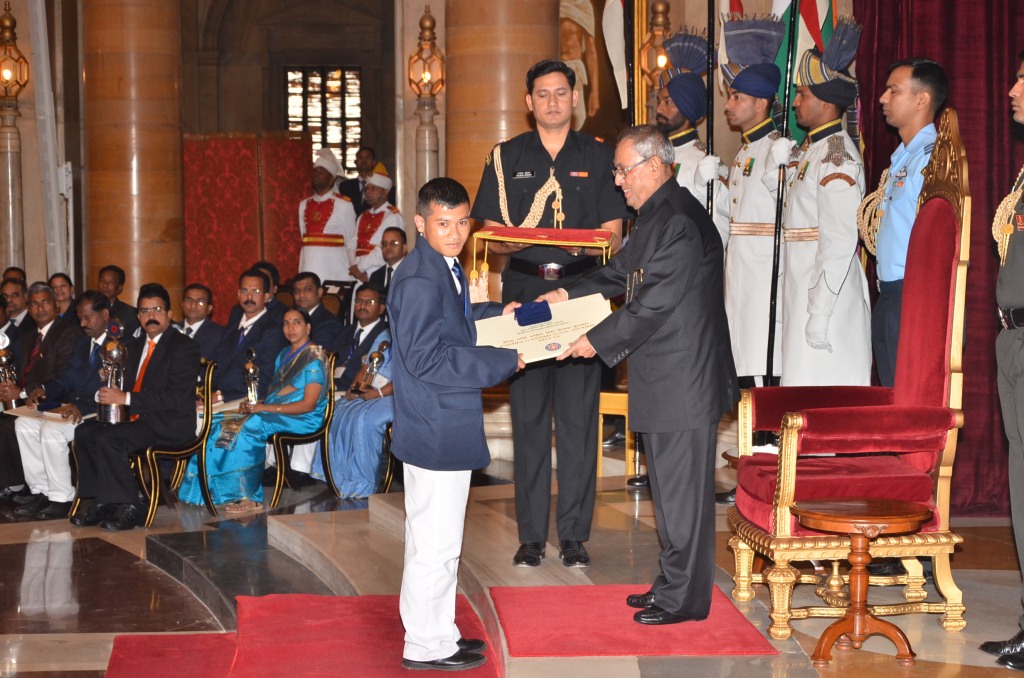 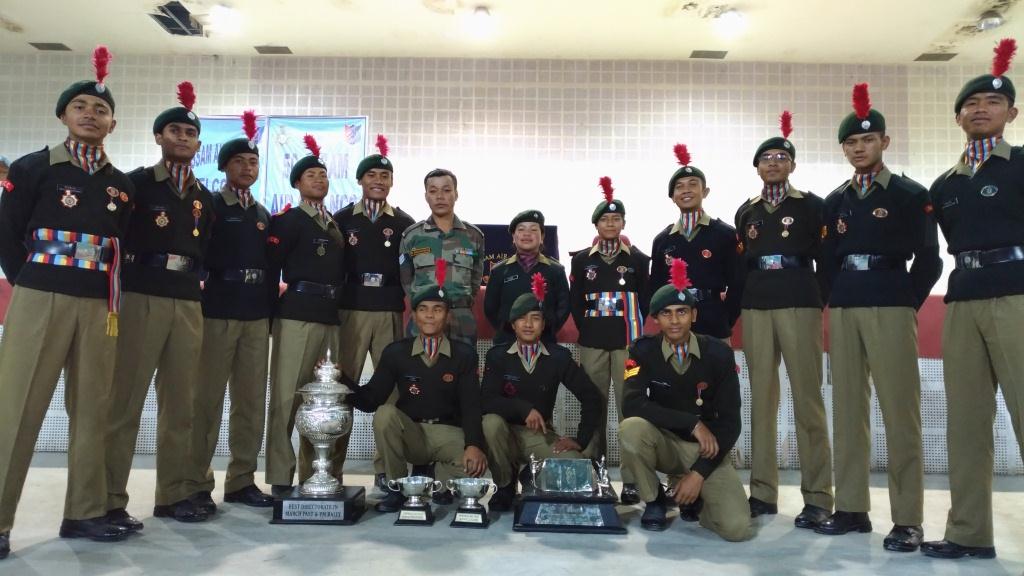 We feel proud to say that, the maximum number of cadets being selected for the Armed Forces as well as in other Paramilitary Forces are from the “42 Meghalaya Sig Coy NCC” in Shillong Region.About 64(sixty four) cadet had been selected for the various Armed Forces belonging to the unit. A list of cadets who have been selected in various armed forces/qualified for SSB in the recent past are listed below :

Some of the cadets selected for Youth Exchange program from the unit are as follows:

The cadets are encouraged to attend camps such as Annual Training, Army Attachment, National Integration, Thal Sainik, Shooting Competition, Mountaineering, Basic and Advanced leadership Camps. Republic Day, etc., since attending camps is mandatory for appearing in the “B” or “C” certificate examinations. Regular NCC classes are held on Monday and Wednesday evenings on normal class days. The ANO and the senior cadets along with the PI staff from the unit assist in conducting these classes. 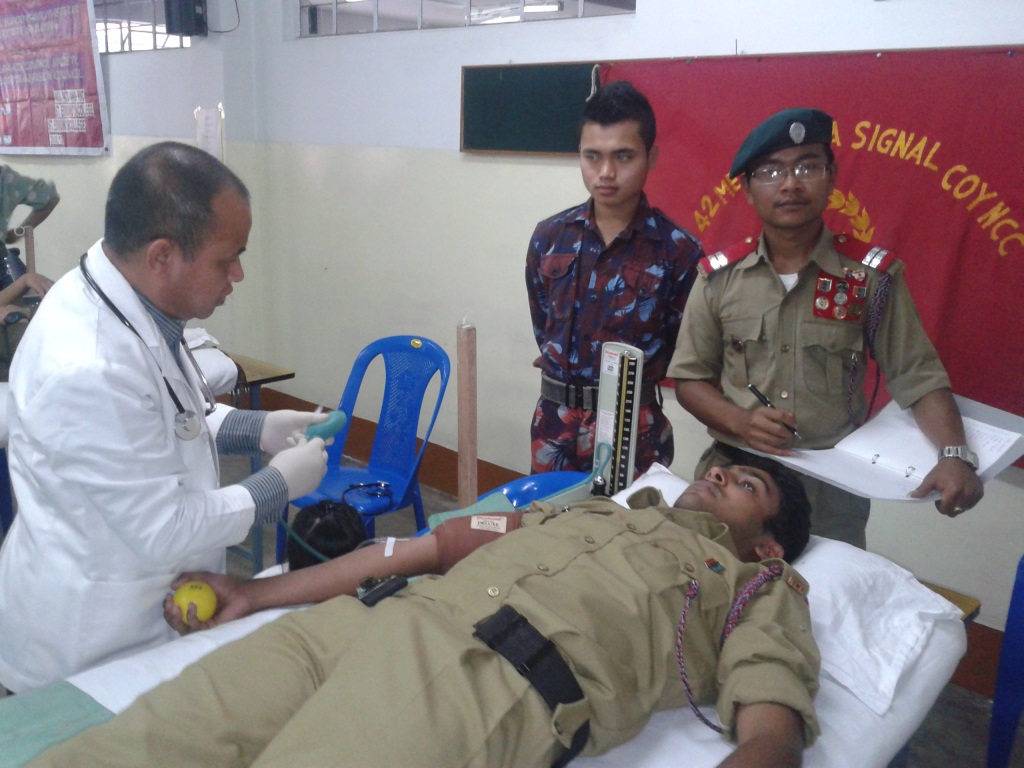 Voluntary Blood donation camps have now become an integral part of our college month celebrations. The NSS & NCC cadets along with Red Ribbon Club (RRC) and other students & staff of the college have been selflessly giving the precious gift of blood year after year. These camps are jointly organized by the NCC, NSS & RRC unit of the college in collaboration with various agencies/ institutes such as Regional Blood Bank, Pasteur Institute, State Blood Transfusion Council, Nazareth Hospital and Meghalaya Aids Control Society. Besides these, cadets also do take part in voluntary blood donation camps organized during the WORLD BLOOD DONOR’S DAY. Blood donation has now become a tradition for the edmundian’s as people approach the college in emergencies.
Dates and venue on which voluntary blood donation cum awareness camps were held in the recent past are as follows.

2. One day Convention on Youth and Peace Building 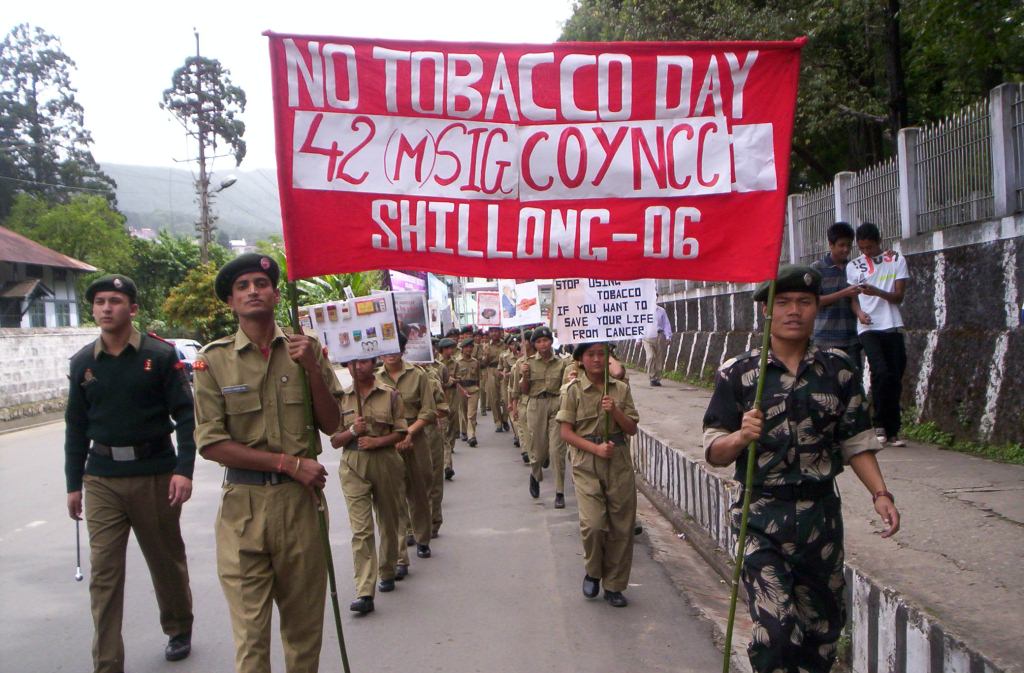 The NCC cadets have been actively participating in various awareness programmes/rallies such as aids awareness, anti- tobacco day, anti-drug rally, environmental issues, female feticide etc., organized by Group Headquarter NCC, other NGO’s the city or the college NCC unit itself from time to time. 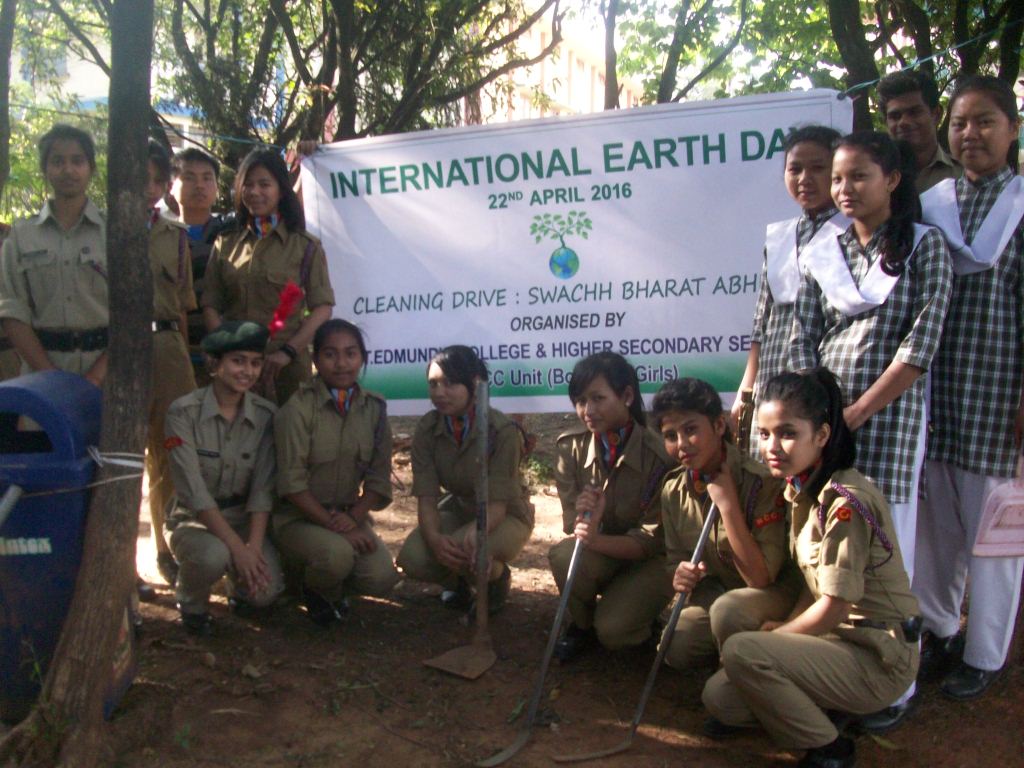 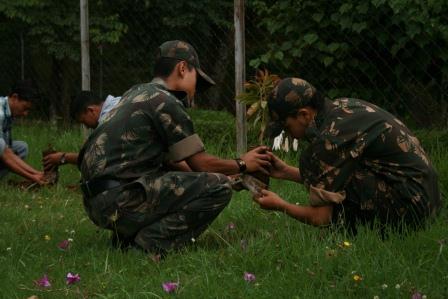 The NCC cadets are also involved in creating awareness on environmental issues and to inculcate values of Environmental Conservation. WORLD ENVIRONMENT DAY is being celebrated by them every year. Every year Tree plantation in an around the college campus is ceremoniously done with the help of Forest Department, Govt. of Meghalaya.

&nbspCadets are encouraged to attend disaster management training programs organized by the state departments from time to time.

Every year, St. Edmund's College gives an opportunity for the Young minds to showcase their talents during College Month. During this month long fun fiesta NCC cadets have been playing a vital role in the smooth conduct of the events. Under the leadership of two NCC Animators, the energetic cadets perform their assigned duties. Some regular duties are:

On campus NCC cadets along with the boarders of the three hostels and the community brothers have been celebrating events national importance such as Independence day in the college.

The NCC cadets of the college as a mark of respect and love to their grandparents visited Old age homes in and around Shillong city. They interacted with the elders and spent an afternoon with them on the occasion of Gandhi Jayanti.

The NCC cell of the college organizes career oriented talks, distribute publicity materials as and when available for the benefit of the students. Interaction sessions with ex-edmundians/ex-NCC cadets who have joined the defense forces are regularly arranged when they visit the college.

Cadets have been actively participating in the awareness program on this day.

11. Assistance during Seminars/Workshops in the college

The NCC cadet’s being an organized workforce, have been regularly utilized for escorting VIP’s to the venue, piloting, management of traffic, hall arrangement/re-arrangement during workshops/seminars organized by the various departments of the college.

The present Officer Commanding of 42 Meghalaya Signal Coy NCC is Lt.Col Manish Prasad. Capt.Dr.V.R Rao is the Associate NCC officer of the college. Dr.Rao, was given direct commission in 1999. He was instrumental in reviving NCC activities in the college after a long lapse in 1996. Dr. Rao successfully completed the three month long refresher course in from 20th November 2006 to 17th Feb 2007 at NCC officers training Academy, Kamptee. He is assisted by his devoted set of senior cadets.
The present set of active senior NCC cadets are:

Our efforts in the future will be focused more towards social and environmental issues that plague the society. We would like to also add the vocational aspect to the training such as introduce training for facing Service Selection Board (SSB), driving lessons, simple electronics/electrical repairs etc, besides the normal training aspects.

Kindly note: Today, St. Edmund's College is co-educational institution hence, the alumni will find that we have made some changes in the College Anthem.